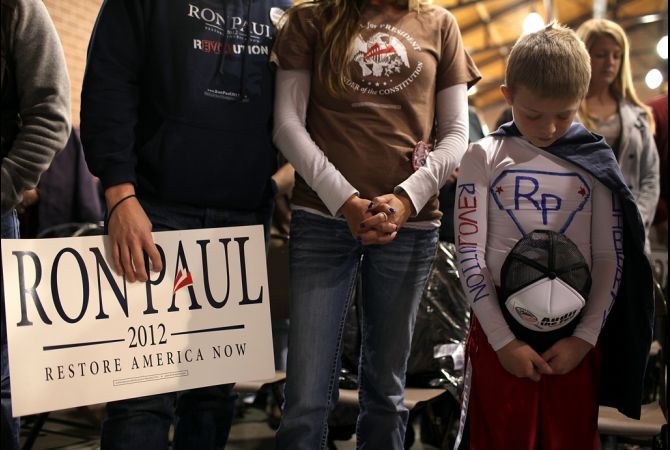 Libertarians and Christian Conservatives need to form a strong partnership soon, before the dictatorship of the Marxist proletariat becomes permanent. The Economics and Ethics of Private Property
http://mises.org/books/economicsethics.pdf

The Market For Security
http://www.youtube.com/watch?v=V0_Jd_MzGCw

Law without Government: Conflict Resolution in a Free Society
http://www.youtube.com/watch?v=8kPyrq6SEL0

Would Anarchy Create Governments? NO!
https://www.youtube.com/watch?v=WIgHO8SZJdI

Re: Here’s an idea for rich school reformers: Listen to teachers, The News Tribune, 3-11-12

Patricia Drake is certainly correct in her summary statement that “We can do better”. Other than that, there are several issues with the positions she takes in her article.

Siding with the Washington Education Association (WEA) President Mary Lindquist against Nick Hanauer, the “millionaire… theorizing from behind locked doors of high-rise buildings”, Mrs. Drake seeks to dismiss his reform agenda as inferior to her 44 years as an educator. She bemoans the fact that she has no voice when compared to the millionaire, and yet, if education reform were going to come from the WEA and the over 53,000 teachers they represent, and the millions of dollars they have to spend from teacher’s union dues on influencing public policy, shouldn’t it have happened by now? They’ve certainly had enough time!

Mrs. Drake then asserts that we need to become like the Euro-socialist Finland, a country the size of Montana with about 1.6% of the population of the U.S. I suspect something will be lost in translation when attempting to transform our system into theirs. I could be wrong.

Mrs. Drake then goes on to point out the school principal as the next most influential factor, and their need to build a more “positive” environment. Then it’s “administrative support”, then it’s “workplace conditions”, then it’s  the cost of “standardized tests”. Sounds like the usual laundry list of union complaints. “We can do better”, but there’s really nothing new there. I’d use the word “innovative”, but every time a bureaucrat sneezes, it’s proclaimed “innovative”.

Mr. Hanauer’s reform agenda, while far from innovative, is certainly better than anything coming out of Olympia. I would like to suggest that the WEA, Washington State legislators, teachers, and civic leaders look up the word “innovate”. To quote a famous movie line, “You keep using that word. I do not think it means what you think it means.”

Why did Bernie Madoff go to prison? To make it simple, he talked people into investing with him. Trouble was, he didn’t invest their money.  As time rolled on he simply took the money from the new investors to pay off the old investors.  Finally there were too many old investors and not enough money from new investors coming in to keep the payments going.

Next thing you know, Madoff is one of the most hated men in America  and he is off to jail.  Some of you know this. but not enough of you.

Madoff did to his investors what the Congress has been doing to us for over 70 years with Social Security.  There is no meaningful difference between the two schemes, except that one was operated by a private individual who is now in jail, and the other is operated by politicians who enjoy perks, privileges and status in spite of their actions.

Do you need a side-by-side comparison here?  Well here’s a nifty little table:

“The taxpayer: That’s someone who works for the federal government but doesn’t have to take the civil service examination.” – Ronald Reagan

“If you put the federal government in charge of the Sahara Desert, in five
years there’d be a shortage of sand.”      Milton Friedman

AND REMEMBER THAT AS ABORTION CONTINUES, SO CONTINUES THE EVER SHRINKING TAX BASE. EVEN IF YOU DON’T TAKE INTO CONSIDERATION THE RELIGEOUS ASPECTS OF THIS ISSUE (WHICH YOU SHOULD), IT SHOULD BE CONSIDERED IN THESE TERMS AT THE VERY LEAST…

Recently a business acquaintance of mine achieved what millions of people are striving for – his U.S. Citizenship. One thing he has in common with this massive potential voting block of both legal and illegal immigrants is that he will be voting Democrat this election. Coming from Great Britain, he has a very Euro-centric viewpoint about the role the United States government should play in society. While he labels himself a fiscal conservative and social liberal, he fails to see how tightly fiscal and social policies are intertwined. Nor does he have a historical perspective to understand the vision of the Founding Fathers, and how much liberal social engineering has perverted that vision since FDR’s Great Society was inaugurated. He bemoans the growing disparity between the haves and the have-not’s, but looks to government to right the problems they created in the first place.

Mona Charen, in her article Top Ten Reasons to Vote for McCain/Palin, summarizes some of the negative consequences of an Obama presidency:

If Barack Obama is elected president and Democrats control large majorities in the House and Senate, the Obama/Pelosi/Reid triumvirate will move the country decisively in the direction of dying Europe — low productivity, high joblessness, low birth rates, high taxes, and limp foreign policies. The triumvirate will do this at a time when a vibrant America is more necessary than ever — with Iran seeking nuclear weapons, Pakistan teetering, al-Qaeda regrouping, China and Russia telegraphing hostility, and Iraq just barely emerging into the sunshine. This election has become about far more than John McCain versus Barack Obama; it has become about whether the United States will remain the champion of freedom — economic and political — or whether we will join the queue of formerly great nations now struggling to pay for all the social welfare “benefits” their aging and lazy populations demand.

Indeed, the benefits realized by my Euro-centric acquaintance in desiring to obtain his citizenship are readily apparent when compared with what he left behind in the UK. What he, and those “huddled masses” of potential voters don’t realize, is that when they seek to establish their failing foreign cultures here in the U.S., they unwittingly undermine the very structure that drew them here in the first place.

The upcoming November election, Initiative Measure 1000 (Title: Initiative Measure No. 1000 concerns allowing certain terminally ill competent adults to obtain lethal prescriptions) is patterned after Oregon’s “Death-with-Dignity” law, but after reading this article by Wesley Smith, you may (hopefully) see the malevolent side of the whole debate. In a quote from the article:

Frank Roberts sponsored a measure (SB 1191) to permit "aid-in-dying," defined as "a medical procedure" performed by a physician "to end the life of a patient in a dignified, painless and humane manner." Of course, it meant killing the patient with a lethal injection but, you’ll note, that the soft phrase, "aid-in-dying," was used. That’s an important point since words like "euthanasia," "assisted suicide" or, as you say, "put others down" really turn people off.

And speaking of inconvenient, please remember this for the upcoming election: Killing the pre-born is one of your most fundamental rights. Don’t lose it. Vote Democrat.

It’s not who you are voting for – but what. This may be you last chance to change the course of history.

At the end of the article, they ask:

What worries you most about the recent spate of school shootings? Parents, how safe do you feel sending your kids to school? Are you planning to make any changes? Kids, do you feel safe at school? Selected responses will be published.

What worries me most?
That stupid bureaucrats are going to launch huge, expensive, and worthless programs, that will only pander to a reactive public in order to gain votes. "I voted for School Safety" will be the mantra, and of course they will pass the "School Safety Act of 2006" which will mean:

A ruling against the state would have cost California’s treasury $500 million in refunds and $100 million annually in lost revenue, state officials said.

"This was a very big victory for the state," said Tom Dresslar, a spokesman for the California attorney general’s office. "If the state had lost these cases, we would have had to give back more than a half-billion dollars."

In a statement, Microsoft said: "While we are disappointed with the court’s decision in this case, we’re still in the process of reviewing it and weighing our options. In the meantime, we do not believe that this decision will have a material impact on the company."

Dresslar said the ruling should lead to dismissal of dozens of other suits filed by out-of-state companies challenging the state’s tax assessments.

"Fortunately, the court saw things our way, so the state’s budget situation is not going to be worsened," he added.

Hmmm…. no conflict of interest by the courts here. Let’s see…

Now why would a judge make any other determination?