As an Anarcho-Capitalist, I’m frequently informed by my social peers that voting is wrong, as it is just the majority imposing their will on the minority, and therefore just civilized violence.

One of the cornerstones of the Libertarian Non-Aggression Principle (NAP) is the right of self-defense. That is, if someone is trying to steal from you, or make you to comply with their will using force, you have the right to defend yourself and your property.

If that’s true in the individual sense, is it any different in the collective sense?

If a plurality of voters is seeking to either pick my pocket or restrict my liberty via the ballot box, isn’t that just not another form of violence? And do I not have the right (even obligation) to defend myself?

I may-or-may-not derive some supposed benefit from the legislation, but it’s always asserted that “society” will certainly prosper! But this pre-supposes an outcome that is rarely measured, and the long-term effects which are never considered.

Let me give you an example from our most recent ballot, City of Tacoma Proposition 1.

The proposition would raise sales taxes a mere .1%, raising $5 million over a period of 7 years that would be devoted to spreading benefits focused on arts, culture, science and heritage programs. These would be primarily targeted towards creating public school programs, and weighted in proportion to students receiving free and reduced lunch (58% as of 2017). Sounds good, right?

Keep in mind that all these areas of instruction were commonly available in schools prior to No Child Left Behind. Another federal program with good intentions (and funding) that forced conformity across the nation and was eventually replaced with one slightly less restrictive, but the damage was done. Now class time is predominately devoted to increasing scores in reading, math, and science, to comply with state and federal guidelines to the neglect of all the soft-skills which they are only now acknowledging as truly important to childhood development.

So, now the City is trying to rectify a problem that they themselves created due to being incentivized by the all-mighty state and federal dollar, and doing so at additional cost to the taxpayers. Now multiply this type of problem across thousands of cities, each voting on dozens of initiatives every year, and you begin to see that it’s become nothing more than institutionalized theft. But it’s for the children!

1% tax hike here, another 2% there. The cost of a cup of coffee here, the price of a movie there. Surely it’s not too much of a sacrifice if it’s “justified” for safety, security, children, culture, and health. When does the forced fleecing end? When you are naked and freezing on the side of the road? (But you’ll get “free healthcare” so it’s good for you!)

In the past, I did end up voting for the legalization of marijuana and the removal of the monopoly on alcohol distribution by the State of Washington, but both those came with onerous taxes that serve to strengthen the state bureaucracy by feeding it tons of cash. I figured restoration of liberty even with a level of servitude is better than nothing. There are a lot of businesses prospering and people staying out of jail because of it.

Your best bet, and the only one that is fair and consistent with the NAP, is to vote against any incursion by legislators or bureaucrats that takes your money by force or fraud, and curbs your natural rights.

Here’s what you should be voting against in the Washington State and Pierce County November, 2018 General Election: 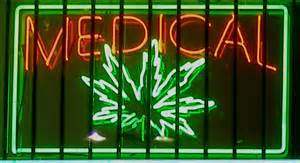 Being libertarian, and also a staunch supporter of private property rights, I’m totally against the whole Net Neutrality movement. Unfortunately i’ll have to revert to some simple analogies to make my points relatable to people that believe they have a right to others property (and vicariously their prosperity).

“The Government invented the Internet, therefore, access needs to remain neutral”, is one frequent argument. NASA engineers invented the microwave oven. Does that mean the public should be able to dictate how Amana or GE manufacture microwave ovens, and what is approved for cooking in those ovens? Of course not. Comparing the early “Internet” used by the state to today’s internet is like comparing a tricycle to a Harley Davidson motorcycle. Yes they both have wheels, but, well, you get the idea.

“Those big, evil corporations will control, restrict, charge for, and otherwise dictate what and how content is streamed to you.” Yes, they built the pipes, manage the pipes, and provide those pipes all the way to your router. Dictating that they must grant blanket access to those pipes to all content providers is nothing less than taking their property. Stealing. Socialism.

“But what if they somehow compromise my access to my preferred content (Netflix, Pandora, LastFM, WordPress, etc.)?” Of course content providers want to have a free ride on highways someone else built. They can optimize their revenue stream and shareholder value and push the cost of doing business to someone else. How can that be a bad thing as long as you (the consumer) get your episode of Real Housewives at no extra charge?

And that my friends is the bottom line. It’s not really about restricted access, it’s about free riders. The content providers and the consumers don’t want to have to pay to play. All the “what if” scenarios fall by the wayside, because they are just fear-mongering used by master manipulators to push an agenda. You don’t like how Comcast is treating you and your preferred content? Then move to AT&T. And that’s the solution the the problem.

An internet that is responsive to the will of the consumer is one where the free market is allowed to operate, and competition between content providers, internet providers, and those in dual roles (like Google) are vying for advertisers and consumers. It will ultimately drive down costs, up quality, and increase access. To get there will require government to quit interfering, and people to stop using the power of the state to impose their will on others. Just because it’s popular (democracy) does not mean it’s right.

“Net Neutrality” is the simple but powerful principle that cable and broadband providers must treat all internet traffic equally. Whether you’re loading a blog post on WordPress.com, streaming House of Cards on Netflix, or browsing handcrafted tea cozies on Etsy, your internet provider can’t degrade your connection speed, block sites, or charge a toll based on the content that you’re viewing.

Net neutrality has defined the internet since its inception, and it’s hard to argue with the results: the internet is the most powerful engine of economic growth and free expression in history. Most importantly, the open internet is characterized by companies, products, and ideas that survive or fail depending on their own merit — not on whether they have preferred deals in place with a broadband service provider. Unfortunately, the principle of net neutrality, and the open internet that we know and love, is under attack.

via Articles: Weekend Must-Read: Ten Reasons Why I Am No Longer a Leftist.

The prevailing illusion of our age is that it is possible to enrich all classes at the expense of one another—to make plunder universal under the pretext of organizing it. Now, legal plunder can be committed in an infinite number of ways; hence, there are an infinite number of plans for organizing it: tariffs, protection, bonuses, subsidies, incentives, the progressive income tax, free education, the right to employment, the right to profit, the right to wages, the right to relief, the right to the tools of production, interest-free credit, etc., etc. And it is the aggregate of all these plans, in respect to what they have in common, legal plunder, that goes under the name of socialism.

“Imagine education wholly managed by the market economy. The variety! The choice! The innovation! All the features we’ve come to expect in so many areas of life — groceries, software, clothing, music — would also pertain to education. But as it is, the market for education is hobbled, truncated, frozen and regimented, and tragically, we’ve all gotten used to it.”