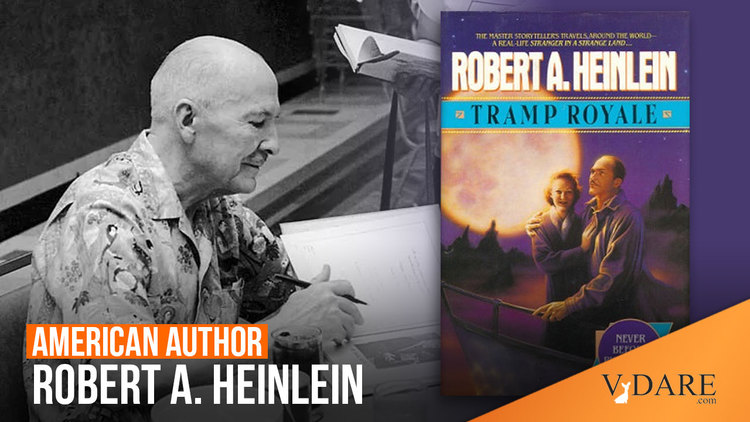 The recent Biden Administration /FBI raid on Trump’s home at Mar-A-Lago, has prompted numerous comparison to the lawless ”banana republics” of South America.

For almost a decade and a half now, the American ”republic” has been decaying to the defining condition of a one-party state—that is, the total merger of the ruling party and the state. Last night, the dirty stinking rotten corrupt US Department of Justice signed off on a raid on Mar-a-Lago, so we’ve now moved into hardcore banana-republic territory: the regime’s cops are busting into the home of the opposition leader…

Here’s a interesting story from the history of Peru, in which this kind of thing happens all the time.

In 1953-54, Robert A. Heinlein took a round-the-world cruise, almost entirely by ship. An account of this under the title of Tramp Royale was published in 1992 by his widow, Virginia Heinlein.  Visiting Lima, Peru, he met local critics of “McCarthyism,” i. e., Senator McCarthy’s investigation of Communist infiltration of the U.S. government.

This is from Chapter 2, South to the Southern Cross: 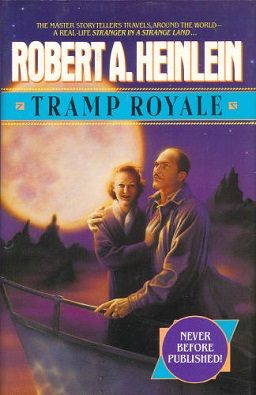 We then drove through miles of magnificently gardened, ultra-modern-style homes to the country club. We passed several of the embassies, among them the Colombian Embassy where Señor Victor Raul Haya de la Torre was at that time still a prisoner of asylum, and still was to be so for several months to come. Mr. Haya’s story is well known through the newspapers and has been fully covered in his own words in Life magazine (3 May 1954); we will omit details, except as they throw light on the striking differences between political life as we know it and the brand practiced south of us. Mr. Haya is the leader of the APRA party of Peru, which is left of center but not communist. He was charged with attempting a coup d’état against the government, but—and this is a South American twist hard for us to follow—the charge was brought against him by a later government, which had itself come to power by overthrowing the very government Haya was charged with attempting to overthrow.

The nuances of Peruvian politics are too complex for me and I doubt if any outsider could gain a real understanding of them without a long, hard apprenticeship. All of the nations south of us are constitutional republics with liberal constitutional safeguards similar or usually equivalent to those found in our own constitution, yet with the shining exceptions of Chile and Uruguay [which would later cease to shine], their political records seem to us to be an endless list of coup d’état, bloody revolution, unelected provisional presidents, political admirals and generals, states of siege, states of public emergency, exiles and refugees, outlawing of opposition parties, liquidation of opposition leaders, suppression of free speech, free assembly, and free press.…

The point of this aside while our party drives through beautiful new Lima is that the political institutions of another country are hard to understand. Outside the United States very few people comprehend the nature of a congressional investigation and it is almost impossible to explain it to them. They have it mixed up with the Inquisition, with Senator McCarthy having all the functions and powers of Torquemada. The idea that a private citizen can answer or refuse to answer a series of questions put to him by a senator, such that the record shows clearly that the citizen being questioned is now or has in the past been actively engaged in treason against the United States—and then get up and walk out a free man—is so foreign to most other people that they simply cannot believe it.

Furthermore, if they did believe it, they would be even more contemptuous of us for being so soft than they now are for ”McCarthyism” as they comprehend it, i.e., which they conceive to be a policy of take-him-away-and-lock-him-up-I-don’t-like-his-politics. Our extreme leniency, if they understood it, would strike them as preposterous, asinine.

The institution of political refuge as practiced in South America is almost as hard for us to understand. It is as if Adlai Stevenson had found it healthy to hole up in the French Embassy immediately after election day in 1952, for this is approximately what Señor Haya did. He ducked into the Colombian Embassy and stayed there for five years. The Peruvian government never gave up its contention that Haya was a common criminal charged with a capital crime; Colombia, which itself passed through three changes of government by revolution during the five years, never swerved from its determination to give asylum even though the various Colombian governments were not in sympathy with Haya’s politics. But, bitter as the issue was, Peru never attempted to remove the refugee by force from the utterly undefended embassy; the principle of asylum was too precious even though Peru declared that Haya was not entitled to it.

Asylum is a necessary part of politics as practiced in South America. When bullets are used as commonly as ballots it is comforting to know that, if you find yourself out of power tomorrow, there are a couple of dozen safe spots right in your own capital where your successor’s soldiers cannot arrest you, or possibly shoot you while ”attempting to escape.” This is as ameliorating an influence as our own Fifth Amendment.

(By the way, I have never heard of one of Senator McCarthy’s so-called ”victims” choosing to take refuge in the Russian Embassy.)

But why should politics in South America be such a rough and sometimes deadly game? I will spare you a 10,000-word essay on historical background, racial types, traditional institutions, and so forth, and admit that I do not know. But I do know that our northern political attitudes cannot readily be exported to South America. Our Latin neighbors are unanimously agreed on one point: they do not want Uncle to tell them how they must behave. Most South Americans are both intensely patriotic and fiercely individualistic. Most of them do not dislike us—we are probably better liked and for less reason in South America than anywhere else in the world. But while they will accept United States capital, products, and engineering, if offered with decent respect for their dignity, they will not accept any ”do-gooding” from us in internal politics. They hate Yankee intervention much more than they hate their political opponents.

I suggest that in this they may be right. It took us a long time to achieve political stability; there are those alive [in 1954] today who remember the fratricide of 1861-’65. Political philosophy is still a long way from being a science, revolution is still the refuge and the natural right of the oppressed, and I contend that it is very hard to be sure who are the ”baddies” and who are the ”goodies” in any overturning of a government south of us . . . at least at the time it takes place. Chile and Uruguay are proof that they are not incapable of achieving stability without our busybody help. In the meantime, a policy of hands-off combined with a warm willingness to help when and how they want help seems to me to be the best we can do.

As we passed the Colombian Embassy we saw two armed soldiers on guard outside. Señor Haya was not in sight, but he was there; his long wait for safe conduct to exile had still four months to run.

As recently as 2000, Peruvian President Alberto Fujimori, though born in Peru, was forced to seek voluntary exile in his ancestral homeland of Japan, to avoid trial for ”human rights violations,” i. e., fighting terrorism. A convoluted attempt to return to Peruvian politics got him jailed anyway.

How long before Trump (or Ron DeSantis) has to hide in Washington’s Ecuadorian Embassy  (like Julian Assange) to avoid being prosecuted by President Kamala? 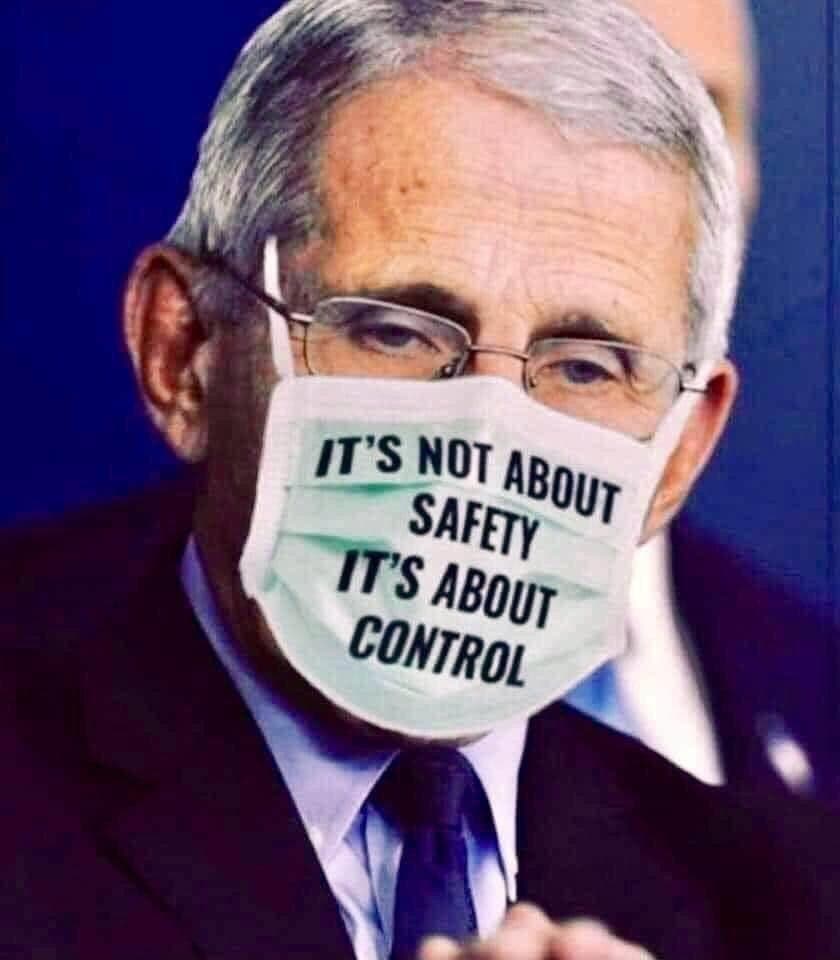 Recall the Biblical story about the temptation of Jesus by Satan in the wilderness. After fasting for 40 days, Jesus was presented with three specific tests.

At no point does Satan ask Jesus what he would want. At no point was there ever negotiation. Here’s the offer. Take it or leave it.

Satan’s tactics have not changed much. Only his methods. His goal is still the same for those called to Christ’s kingdom, and it’s occurring on a scale like never before.

Christians rarely make it past the first test, that of turning a stone into bread.

When Jesus responded to Satan, he was quoting Deuteronomy 8:3

“He humbled you, causing you to hunger and then feeding you with manna… to teach you that man does not live on bread alone but on every word that comes from the mouth of the Lord.”

You’ve been made hungry all right. You’ve been purposely starved for a return to normalcy. At various places around the world we’ve seen a progression of mitigations imposed by self-important dictators:

We were promised that if we performed well at each step that we’d finally achieve some return to a normal life (the New Normal ™).

Yet the goalposts keep being moved.

What does this have to do with being tempted by Satan in the wilderness?

They keep assuring us at each stage, that if we follow the science, and OBEY, we can stop the spread, achieve herd immunity, and get back to normal. Using our collective will, effort, and FAITH, trusting the (ever changing) science, we will perform a miracle in 18 months that has never been done before.

In essence, turning this rock we’ve been handed into bread through compliance.

It’s all a social conditioning program using the full gamut of psychological manipulation techniques. It doesn’t end there.

Now that we’ve been conditioned to obey in order to get a reward, like rats in a maze, and effective behavioral controls have been accepted by the masses, the goal posts will continue to be moved until the ultimate goal is achieved – and unfortunately, compliant Christians are going right along with the plan.

The Christian effectively looses his identity to that of the collective.

The devil is constantly exerting every wicked scheme, every evil strategy, every clever ruse he can come up with to distort this basic truth of the Christian message. The Christian church’s history demonstrates how the devil has tried to distort the fundamental truth of the gospel by twisting it so that it appears to be something else.

The Lie of the Antichrist by Wybren H. Oord

They arrested Pastor Artur Pawlowski in Canada for preaching the gospel, feeding the homeless & baptizing his daughter.

All this I will give you,” he said, “if you will bow down and worship me.”

Guest Post by Dustin Broadbery Despite a preponderance of the evidence proving COVID to be a non-event for most of us, over 1 million people have …

They Live Amongst Us: Anatomy of a Cult

Authored by Julius Ruechel via Julius Ruechel.com, The Snake-Oil Salesmen and the COVID-Zero Con: A Classic Bait-And-Switch for a Lifetime of Booster…

Via Blue State Conservative The AMA wants to end the use of ivermectin in the treatment of Covid, saying calls to poison control centers report a …

I’ll See Your Ivermectin And Raise You An HCQ

COVID, Ivermectin, and the Crime of the Century: DarkHorse Podcast with Pierre Kory & Bret Weinstein

As uninterested scientists take a closer look at the not-vaccines, the news keeps getting worse.We now know the spike protein gets into circulation. …

Just the facts ma’am. This chart is quite inconvenient for the lockdown cult and mandatory masking despots. New York and the UK were locked down the …